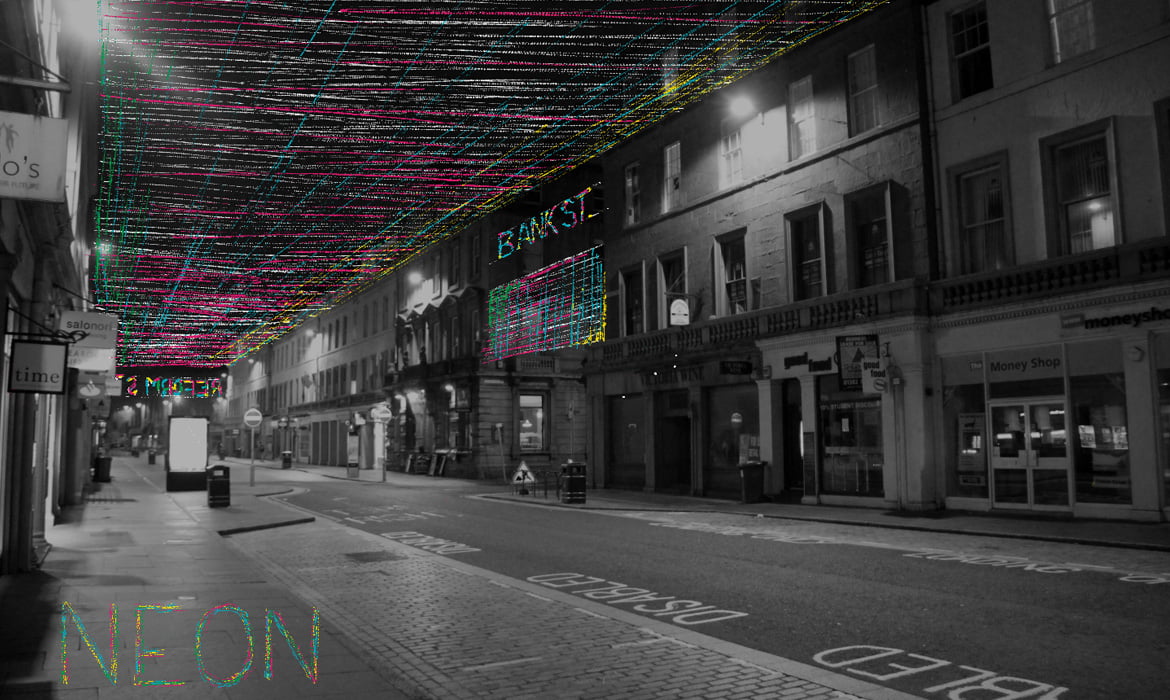 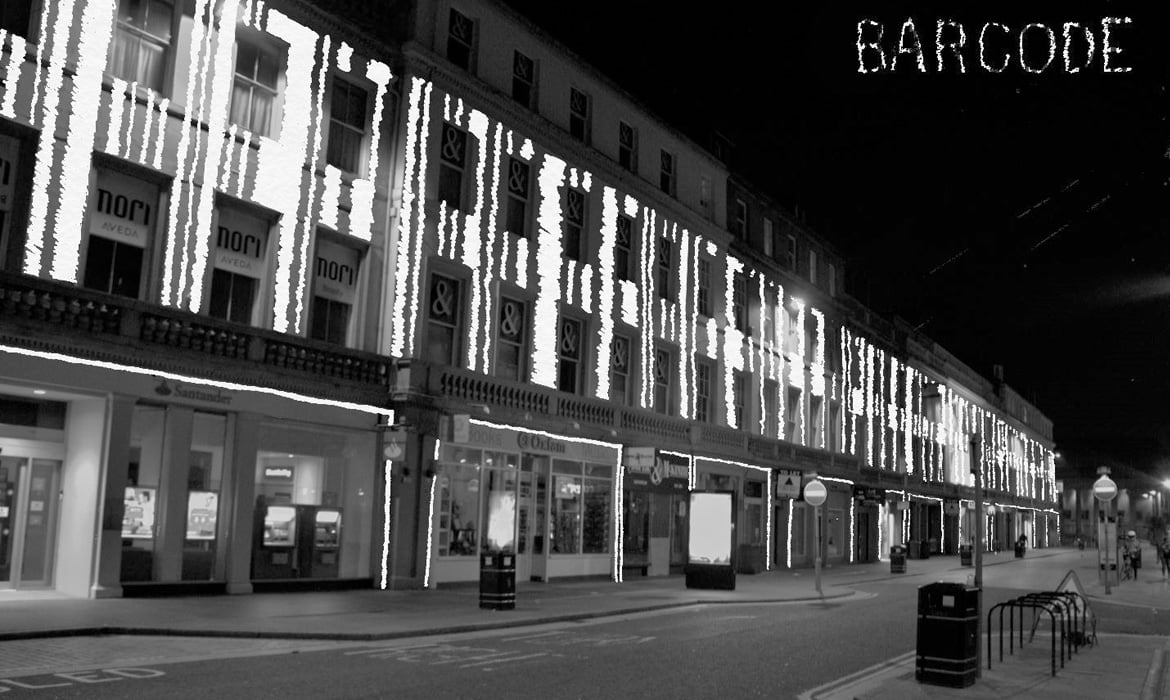 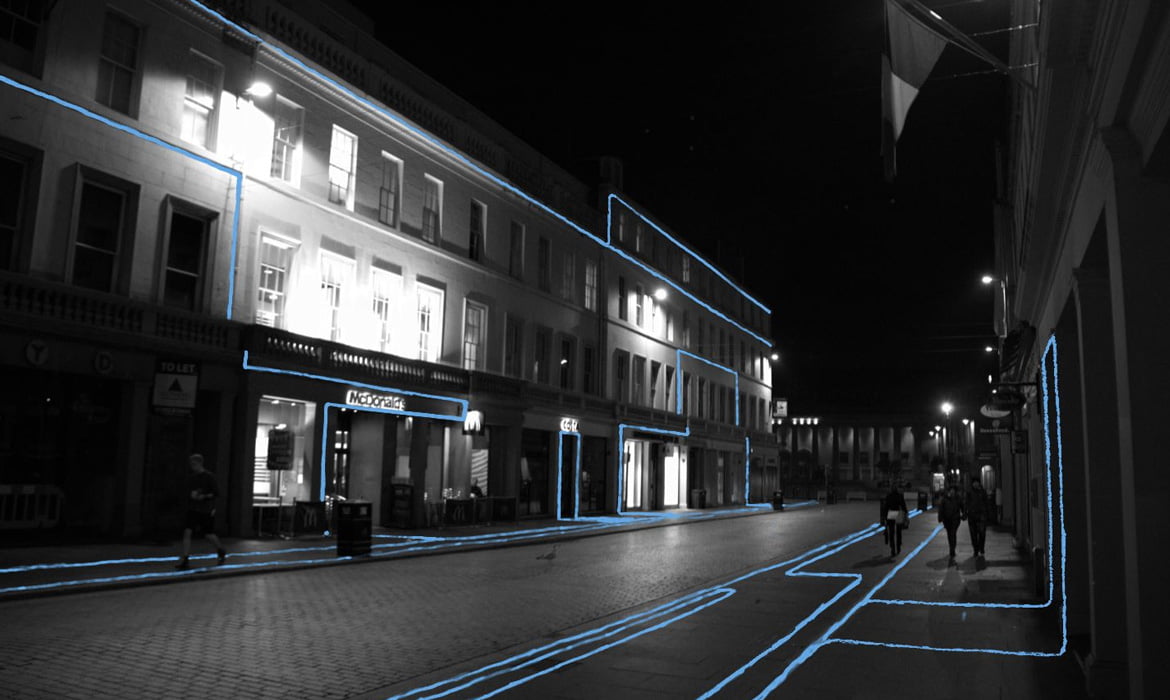 A project to generate interest, interaction and regeneration at Reform Street and its link to the waterfront in Dundee.

Reform Street in Dundee was once one of Scotland’s premier civic precincts, hosting a range of high-end retail, commercial and banking businesses behind its doors.  In recent years, as with many city high streets and shopping precincts, the headline occupancy rate and the quality of the retail offer that remains there has diminished.  Reform Reformed attempts to revitalise Reform Street with transformative design input, offering to make the street a renewed hub of modern and creative business and cultural activity in the heart of Dundee city centre.

Reform Reformed was borne from a public realm lighting concept sketched by our own Stephen Barty in late 2015.  As further sketches developed and Stephen began to describe the project concept to design peers, Colin Ross, a talented and experienced architect and artist based in Edinburgh, expressed his own enthusiasm and interest in the scheme and quickly offered to help expand the project scope to include proposals for the wider public realm within Reform St and the natural link down to the Dundee Waterfront development.

The project is currently at Definition Stage and is to be shown to potential stakeholders to garner interest and feedback initially, and it is hoped this will act as the foundation to develop a viable concept for further investment and development of the project in the near future.

Investor/Stakeholder Notice: if this project piques your interest and you would like to discuss investment opportunities or you are a resident or neighbour of Reform Street, we’d love to speak to you and you can contact us here.