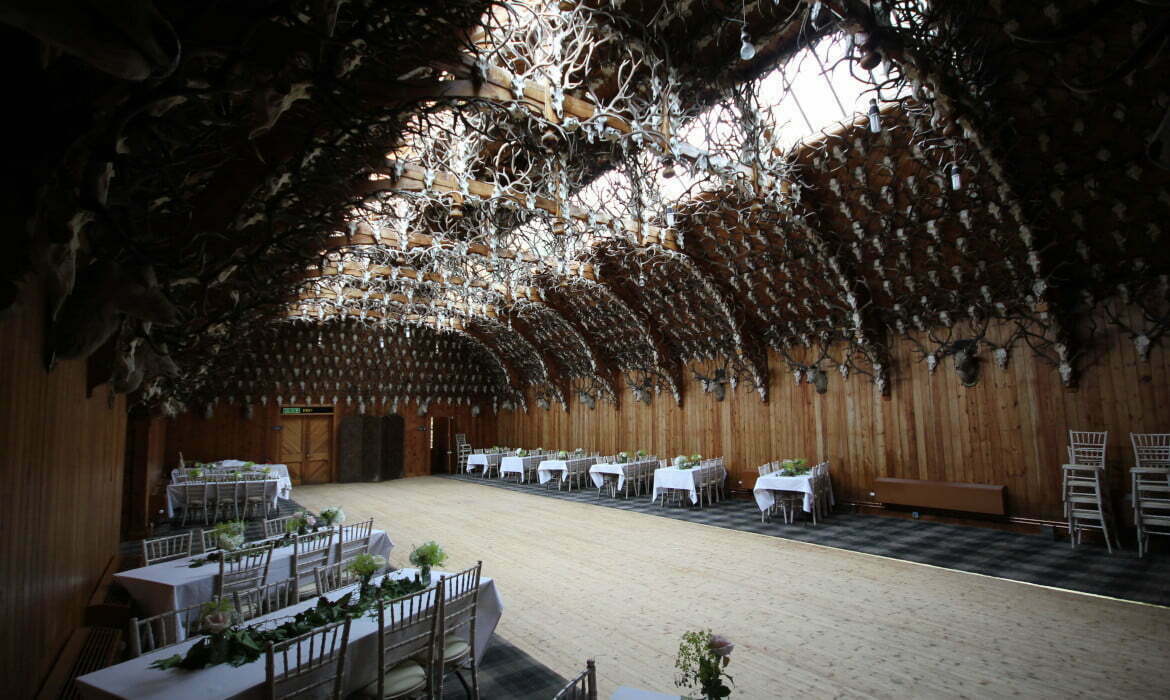 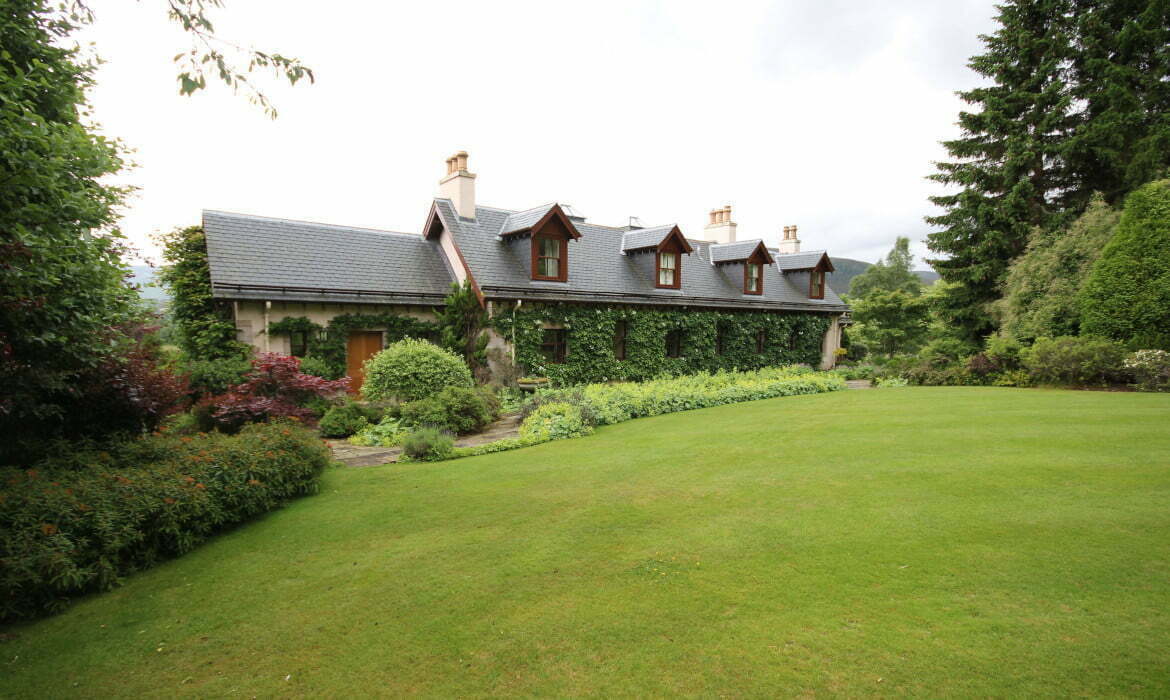 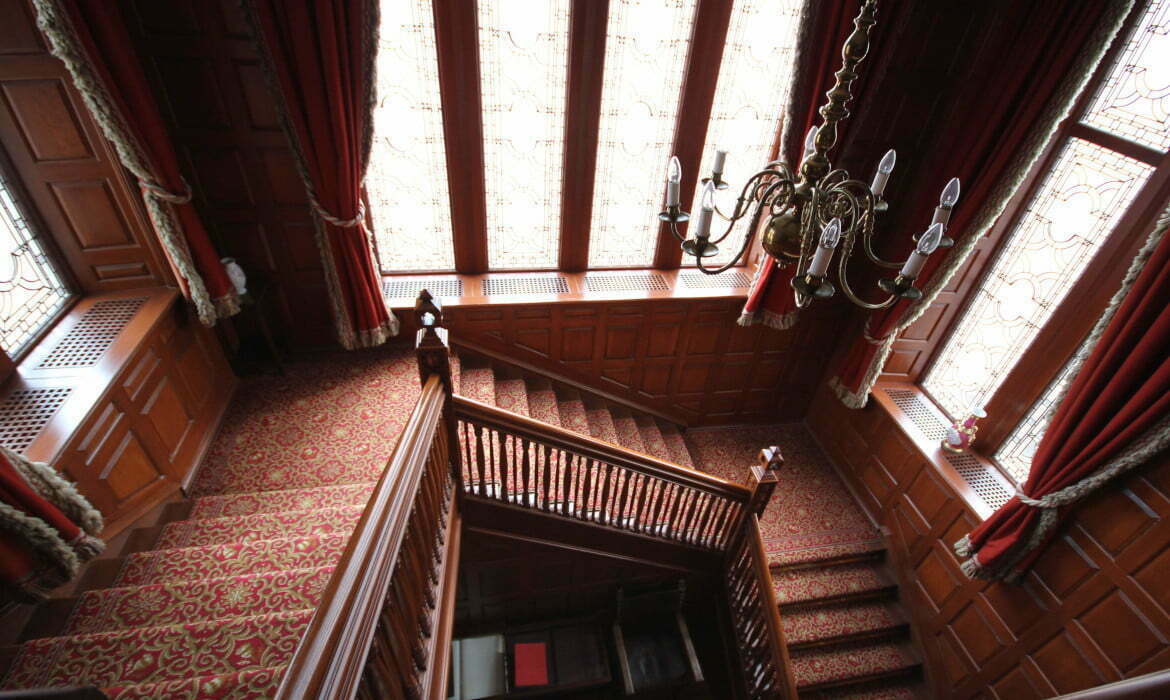 A range of buildings in this highland estate were affected by ageing life safety systems which were due for upgrade and extension.  We assigned a team to carry out detailed surveys, with technical reporting and budgetary cost estimates that would help our client to procure the forthcoming works, delivering compliant easily-maintained systems.  Attention to detail was an important aspect of the work when familiarising with existing equipment and considering any viability of retention.

The Mar Lodge building is a Victorian hunting lodge situated approximately 3 miles west of Braemar in the heart of the Cairngorm National Park.  The prestigious lodge contains five luxury self-catering apartments as well as a host of public rooms and back-of-house support spaces.

Feedback from previous routine electrical inspections indicated that the majority of the existing emergency lighting installation was suffering faults and obsolescence.  Based on provisional costings, the remedial works were going to be expensive and it was not clear whether they would maintain full compliance with current standards.  We carried out a detailed survey to review the extents of existing installation, the current condition, and all available inspection and test records.  We then reviewed the contractor proposals and costings gathered prior to our involvement and their compliance with current standards.  The findings from our review were collated within a technical report presenting our own options appraisal with costs estimates to move forward.

The ventilation systems in the lodge were partially inoperable and our client wished to bring them back into full operation and ensure that they were fit for purpose.  There were also known to be some incomplete ventilation works from a previous refurbishment project which were complicating the assessment in some areas.  We surveyed the accessible parts of the ventilation system including the controls, confirming inconsistencies with the system operability and instances of faulty equipment.  Our proposals were set out to bring the system back online including the option of staged component replacement as against a fully intrusive survey and test of the existing installation.

Standalone carbon monoxide detectors had previously been installed at the lodge to safeguard guests in accommodation containing combustion appliances and open fires.  While timely boiler maintenance was being undertaken and staff supervision was compulsory for guests using open fires, the client’s long-term goal was to install carbon monoxide detection as a direct part of the building’s interlinked fire detection and alarm system.  We surveyed the existing devices and their coverage and considered options and costs to extend the fire detection and alarm system to include replacement CO detectors.

The Workshop, Storage & Sawmill form three parts of a large timber-clad industrial building to the east of Mar Lodge itself.  As for the main lodge building, we carried out a detailed survey to review the extents of existing emergency lighting and fire detection and alarm installations, their current condition, and all available inspection and test records.  We then considered options and estimated costs to extend/replace the systems to ensure full compliance with the current standards.

These residential properties are available to NTS to lease as holiday homes through the majority of the year and are located to the west of Mar Lodge.  Following a Fire Risk Assessment it was recommended that they each be provided with a new fire detection and alarm system and emergency lighting system.  Our scope for the emergency lighting system was to survey the buildings room by room and describe the extent of new system coverage required and the device types that could be used.  For the fire detection and alarm system, we located and inspected all existing devices and considered whether they were compliant, the system to be extended, or to be fully replaced.  Recommendation was provided for new systems to be installed in both properties to comply with the latest standards and to simplify future maintenance activities.